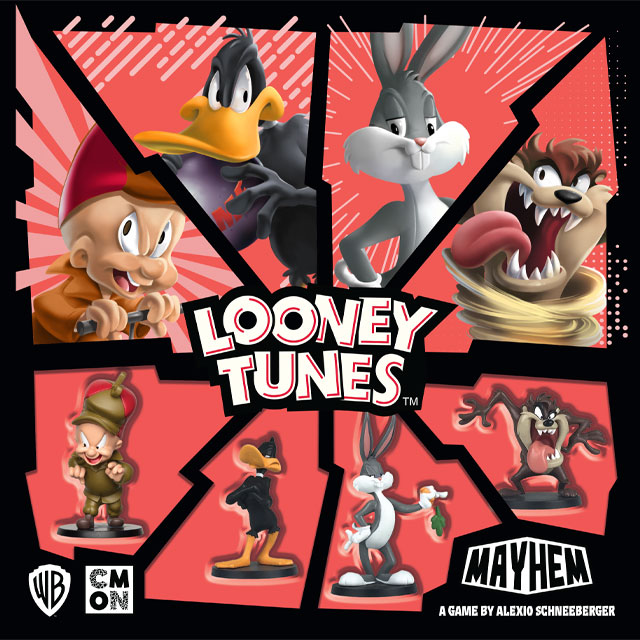 Teams of toons square off in Looney Tunes Mayhem, each racing to be the first team to collect 5 victory points (VP). Looney Tunes Mayhem is built around the "Mayhem System", a system for character vs. character team-based combat in which the most direct method for a team to gain VP is by KOing their opponents. Characters use items and powers to battle the enemy team, with battle damage changing each round based on the mayhem die. When a character is KOed, they are removed from the board and their opponent gains VPs, with the KOed character returning to play next round. When you're not fighting, you might be able to gain VPs from classic cartoon locations. The "Poker Stars" location, for example, allows a toon that moves onto it to try their luck; if you roll a star on the mayhem die, your team collects a VP immediately. The "Home Sweet Home" location gives your team a VP the first time both characters from your team arrive there. The "Desert Road" location gives out ACME deliveries, providing characters with additional effects to make their opponents go KABOOM!